Contact Insights – March 2022 – A Take on the February Reporting Season

A Take on the February Reporting Season

More Beats than Misses
The outbreak of war in the Ukraine dominated headlines in February as investors looked to reduce risk. The increased uncertainty came at a time when several macroeconomic indicators were already slowing, combined with concerns around inflation and tighter monetary policy already weighing on sentiment. Most global markets finished the month lower. By comparison, the Australian Equities market increased by 2.1% in February. The relative strength was partly attributable to a higher proportion of resources and commodities companies in our index and less technology stocks relative to offshore peers. In addition, the February reporting season was characterised by generally robust results with more beats than misses. The EPS outlook for the Australian market was upgraded (Chart 1) and valuation and yield metrics now appear more attractive. 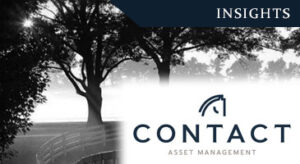